Fun with commas in sex scenes 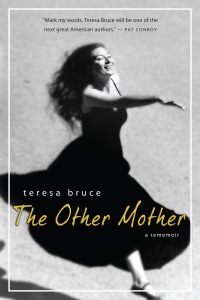 “The Other Mother” is finally at the printer – where it will be transformed from a gigantic electronic file to a 417-page,  hardcover memoir with a beautiful embossed cover in a satiny matte finish. That last part makes my publisher and her staff moan and drool. Though I know nothing about the subtleties of paper textures and finishes – the team at Joggling Board Press does.

I was handed sample after sample of hardcover books and told to touch and feel. I pretty much commented on the heft and weight of tome, which elicited more groans. Apparently gloss is uncool and satin matte finishes are sexy. I wanted sexy for Byrne and figured the design phase was the end of it.

Turns out there’s sexy in the proofreading process too. Take, for example, commas. I’d like to blame my woeful inadequacy in comma placement on the fact that I was raised in South Africa, a country more influenced by British grammar than American. That’s what the proofreading team at Joggling Board Press assumed when my propensity to use the “Oxford” comma became evident. But in truth I just toss commas into sentences based on reading my own work aloud.  I did pass AP style class in journalism school, honest I did. But I immediately began writing scripts instead of articles and in the world of broadcast, punctuation is a rhythm not a rule.

So how, you ask, are commas sexy?  Take the moment Byrne first meets Duncan. She is 24, he is 18 and wears a twist at the corner of his mouth that makes her wonder if he’s smiling or laughing at her. This is how the sentence looked before a marathon, nine-hour proofreading session before we put the book to bed .

“I’m a Southerner who misses the water,” he said. It was a genuine smile, she was certain of it, once she saw the sparkle in his eyes.

Alas, the interior designer and the future-editors who are interning at JBP were not as certain of my meaning. So this is how they fixed it.

“I’m a Southerner who misses the water,” he said. It was a genuine smile; she was certain of it once she saw the sparkle in his eyes.

The first sex scene in “The Other Mother” comes on page 63 – when Byrne and Duncan consummate their almost-instant attraction in Central Park (back then the section known as “the Ramble” really was overgrown and possible to hide in.) But before they’d even unlocked limbs, the unconventional, free-spirited Byrne popped a question that shocked the younger Duncan.

“What kind of wedding shall we have?” she asked him when the spasms of his release still ricocheted through his body. She held him captive for an answer, her long, bare legs               wrapped around his solid waist under the cover of her swirling skirt.

Can you spot the problem with the sentence?(and I don’t mean to imply that she should have waited until after the wedding to be tumbling in the Ramble.) The JBP team decided “when the spasms” should be “as the spasms.” I never thought I’d be discussing the grammar of a sex scene in such detail, let alone with super-smart interns, some still in high school.

It turns out nothing shocks them, except bad punctuation. In a scene where a much younger Teresa butts heads with an immigration official, there is much mental cursing. In the book, I indicate inner-dialog by italics, and in this sentence I’m insulted by the immigration official’s assumptions.

“Fuck you mister, I don’t owe Sonny anything.”

Before I could even blush at my own language, the youngest intern at JBP pointed out that I missed a comma after fuck you. Sorry, dear readers, it appears I have a lot of commas to catch up on.

This entry was posted in travel and tagged Memoir, punctuation, writing.

2 thoughts on “Fun with commas in sex scenes”

Ha! Much like you, I write by ear, placing my commas where rhythm dictates. Sometimes my husband, the grammarian, grimaces. And pulls out his red pen.