A Library in the Limelight

I know the Friends of the Beaufort Library plan their annual fall book sale a year ahead of time but I could swear the timing of this one was personal. As my regular blog followers know, last week one of the many heroines in “The Other Mother: a rememoir,” Lisa Lepionka, passed away. Her husband Larry wrote, in a beautiful obituary, that in lieu of flowers Lisa would have preferred a contribution to the Friends of the Library at 311 Scott Street in Beaufort. 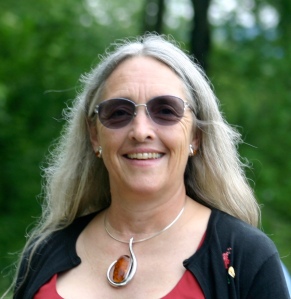 Two days before her memorial service also happened to be the date I was scheduled to give a talk about the book to the Library’s book club, in the exact location where I did most of the research for it — the District Collection archives. Though it came 25 years too soon, Lisa’s way of honoring the library was so fitting. She checked out more books from the Beaufort County Library than probably anyone other than her husband. And it was Lisa who oversaw the delivery of all of Byrne Miller’s personal papers to the District Collection, as was our shared Other Mother’s wish upon her death.

I too, owe a debt of gratitude to the library — as most writers do. Not only was it crucial in verifying all that I remembered about Byrne Miller, it was the setting of one of the most important lessons I learned from my wise, collected sister Lisa. It was in the early 90s and Byrne’s beloved husband Duncan had died. On the anniversary of his death I wanted to give Byrne a card, decorated with lines from the many novels Duncan had written. So naturally I went to the library to do my research.

I started in the microfiche sections, scrolling through roll after roll of newspaper coverage and finding nothing about Duncan. I checked the fiction shelves under Miller, comma, Duncan and found nothing. It was the same with the card catalog and when I pushed the L-through-N drawer back along its metal rails I felt like I was abandoning a tiny wooden coffin. Nothing I had been told about Duncan, or rather nothing I had assumed about his success, was verifiable. Then I saw Lisa browsing through a back issue of  The New York Times. Here’s a little excerpt.

I would have recognized my sister-by-Byrne anywhere. She sat just like Byrne, with perfect posture, even in a sagging, low-slung reading chair. Her silver hair flowed down her back, gathered like a bouquet of flowers with a twist of ribbon. She smiled to herself as she read, as though delighted with how the words were arranged on the page. If the Beaufort County Library was at that moment a stage, Lisa was bathed in a warm spotlight, and I had somehow fallen off into the orchestra pit.

It was Lisa who told me that Duncan’s six, full-length novels were never published — a fact the Byrne had never considered important enough to mention. And here’s the lesson I took away from Lisa, that afternoon, in the Beaufort County Library.

It was me who was being unfair. Lisa spoke as though Duncan not being published was entirely the fault of editors in New York, in no way passing judgement on Duncan’s gift or Byrne’s omission. She needed no proof of Duncan’s talent, her loyalty to him was her own.  It was years later before I realized that her compassion, her open-mindedness, extended to everyone she encountered. She forgave, even when others might not have.

So, for Lisa as well as for the Friends of the Library, I hope that this weekend’s book sale raises so much money that the Library’s shelves are overflowing with books — celebrated or not. And that we all keep reading, as though the words on the page are dancing just for us.

This entry was posted in travel and tagged The Other Mother.