The speakers for 2015’s TEDxCharleston have about seven more days to get their talks down pat, without sounding rehearsed. But one person has fifteen talks to prepare for: the emcee. Last year that job was mine, and it was terrifying. I had to write and deliver an introduction for each amazing speaker and performer — somehow linking each one of them to the theme: Ripple Effect.

Here was one of my favorites – the introduction to renowned National Geographic wildlife photographer Vince Musi.

His talk was one of the highlights of the show, so the curators decided to make it a tradition of sorts and invite Vince to be the emcee of this year’s TEDX Charleston. The theme is “Embrace Chaos” and if you’re one of the smart people who bought your tickets before they sold out (in a day) you’re in for a treat. Not only are the speakers intriguing (I know because I wrote the teases for their talks. Spoiler alert — ombudsman John Zinsser is one you won’t want to miss) – so is the charismatic man who’ll be introducing you to them this year. Vince is such a compelling storyteller it will make you wonder if even his pictures could really equal a thousand of his words.

This entry was posted in travel and tagged Charleston, TED Talks, TEDx Charleston, The Other Mother: a rememoir, Vince Musi.

I’ve just been asked to emcee the 2014 TEDx Charleston – I’m allowed to go public with the news today because the women who run it have just released the names of this year’s speakers. Up until today only the theme was public information: Ripple Effect.

If it all sounds rather clandestine, it’s because it is. Being involved with TEDx is a little like an affair. Press embargoes, trips to the most romantic city on earth: Charleston, late nights meetings about with a mysterious “TED.”

Somewhere Byrne Miller is winking with approval. It was at the inaugural TEDx Charleston in 2013 that I had the chance to introduce her, in spirit, to a world of You-Tube viewers. My talk was called “The Wisdom of Quitting: Lessons from my Other Mother.” Back then I agonized over whether the sophisticated, well-mannered Charleston audience would be shocked by Byrne’s most outrageous womenism. 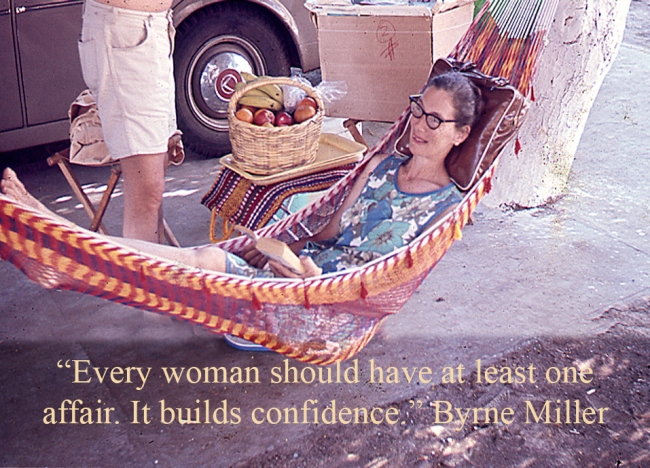 I needn’t have worried. The audience saw past Byrne’s cheek to her wisdom and have become enthusiastic supporters of “The Other Mother: a rememoir.” But the organizers of TEDx Charleston all looked at each other with knowing smiles. This team of dedicated and well-connected women, led by the indomitable Edith Howle, run an entirely independent event.  There is no TED headquarters handling all the logistics. These women have to plan everything from speaker selection to ticket sales, catering, media coverage and after-party venues.

So why the smiles at Byrne’s affair advice? It turns out all of them joke that “TED” is their shared, demanding, artistic, maddening lover.

This entry was posted in travel and tagged TED Talks, TEDx Charleston, The Other Mother.